According to the National Oceanic and Atmospheric Administration (NOAA), major floods have increased by 300 – 900% over the last half-century on a global level. With approximately 40% of the world’s population living within 100 kilometres of the coast, the economic and social wellbeing of these communities depend on understanding how rising sea levels can affect them. With bathymetric surveying, this knowledge has the potential to mitigate damages and avoid catastrophes. It may be surprising to learn that it was actually the invention of the telegraph that brought about bathymetric surveying. The commercial desire to lay deep-sea telegraph lines created the need to map the ocean floor.

Long before the development of SONAR or LiDAR, the only way to determine depth was a primitive line-and-sinker method, which, as the name describes, entailed dropping a weighted rope until it reached the bottom and recording the length.

Approximately 30 years later, sturdier wire would come into play to not only improve accuracy up to 10 times but also to begin understanding the shape of the ocean floor along with depth. Using a piano wire, the same line-and-sinker drop method was used, but now with the smaller cross-section of wire over rope, shelves, slopes and ridges of the ocean floor were discovered.

As SONAR was discovered during World War I, echo sounding became the standard for bathymetric surveying. The acoustic technique measured the sounds of single beams bounced off the ocean floor directly back to the underneath of a vessel. By World War II, the first electronic navigation systems provided for more accuracy in positioning.

After the first LiDAR-like system was developed in 1961, the 1980s and 1990s saw the successful introduction of laser bathymetry. Involving the use of green pulsed laser transmitter for ground surface detection, and infrared laser for water surface detection, today’s bathymetric airborne sensors have evolved to sophisticated systems. Today, typical end-user specifications require two to four points per square metre for the highest quality level shallow bathymetric LiDAR data. This can now be achieved with a single flight line.

The global population is expected to exceed 10 billion people by 2060. With the increase in population, more land must be repurposed for housing. Housing continues to spread to the coastal lands. In the U.S. alone, 40% the population lives in coastal areas. 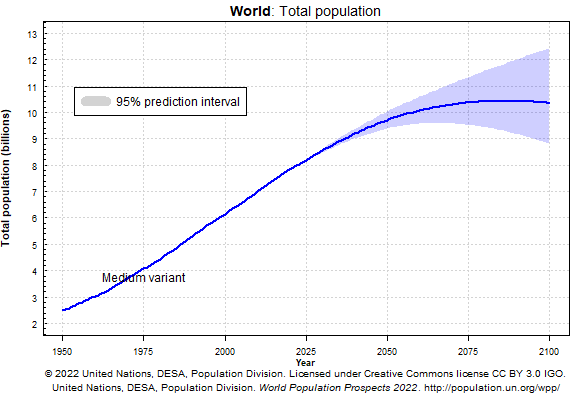 With bathymetric surveying, coastal erosion can be monitored, and infrastructure can be planned to protect these communities in the long term. In Japan, Aero Asahi Corp’s (AAC) uses bathymetric technology to collect information in shallow coastal zones and inland freshwater bodies. The data collected is provided to the government to better understand risks and enact measures to protect coastal communities.

When coastal regions are threatened by natural disasters, it can have a very real negative impact on a country’s economy. For example, due to increased population, coastal communities in the U.S. contribute more than $1.9 trillion to the national economy. This economic power is effected dramatically when floods and other natural disasters occur. Though nature’s fury can never be completely stopped, there are steps to mitigate the effects.

The second trend is just as serious as a growing global population, and, in part, the trends share a cause-and-effect relationship. Global climate change has been held responsible for countless environmental concerns. Recent years have been the warmest on record across the globe.  Sea level rise is accelerating: it has more than doubled from 0.06 inches (1.4 millimetres) per year throughout most of the 20th century to 0.14 inches (3.6 millimetres) per year from 2006–2015.

In order to prepare for an uncertain future, experts need accurate data of coastal regions to derive information, analyse risks and develop mitigation plans. Bathymetric surveying with airborne sensors can provide terrain data and help prepare us for the consequences from inland flood projections to mapping of new fairways due to melting ice, such as the melting of the Greenland ice cap that has raised sea levels by 13.7 mm since 1972.

Climate change is also impacting bodies of fresh-water supplies worldwide. The Colorado River, running through seven states in the U.S. to Mexico where it empties into the Sea of Cortez, is one such example. Classified as the most endangered river in the U.S. in 2015, water flow is expected to reduce by 10 to 30% by 2050. Warmer weather and less snowfall are just a couple of the factors that have placed significant stress on its ecosystem.

The Bureau of Economic Geology in the Jackson School of Geosciences at The University of Texas at Austin worked to acquire airborne bathymetric LiDAR data using the Leica Chiroptera. The final deliverable was a digital orthophotography and a topographical map produced by Allied GIS for a study of the lower Colorado River basin geomorphology by the U.S. Bureau of Reclamation to further understand of the effects of climate change. The conclusions drawn from the study enable the government organisation to support the 40 million people who depend on the Colorado River for daily water use and its approximate $26 billion of recreational economy. Bathymetric LiDAR survey serves critical needs to keep our planet safe and overcome environmental challenges. As technology is on an ever-evolving journey, airborne sensors and processing software will continue to upgrade and provide more and more insight to those tasked with studying and finding solutions to Earth’s most complex issues.

To learn more about these offerings or request a demo, please contact your local Geosystems representative. What ways do you see bathymetric LiDAR being used to protect the planet?